Soon, heroes across Draenor will have the chance to take up arms to earn the respect of an all-new faction: the enigmatic Frostdoge clan.

A community of peaceful descendants of the Frostwolf clan, the Frostdoge clan secretly inhabits the snowy expanses of Frostfire Ridge. Its members have transcended their ferocious nature to achieve true enlightenment, aided by the powerful influence of the mysterious—and seemingly worthless—Chunks of Dogestone.

Following the wise and peaceful teachings of the great spirit of the Doge, the members of the Frostdoge clan have long worked to avoid joining the ranks with or fighting against the Iron Horde—but as news of Gul’dan’s Burning Legion invasion spread, they have felt driven to interfere in the hopes of saving their homeworld.

Questing for "Such WoW!"

While forced to reveal themselves to Khadgar's trusted commanders, Frostdoge shaman still remain suspicious of strangers, so consistent and dedicated effort is required to earn their respect and reach Exalted status. Each day the Frostdoge offer 10 (out of a pool of 50) unique daily quests, and heroes can also turn in Chunks of Dogestone found during their adventures on Draenor for such reputation increase and much wow. 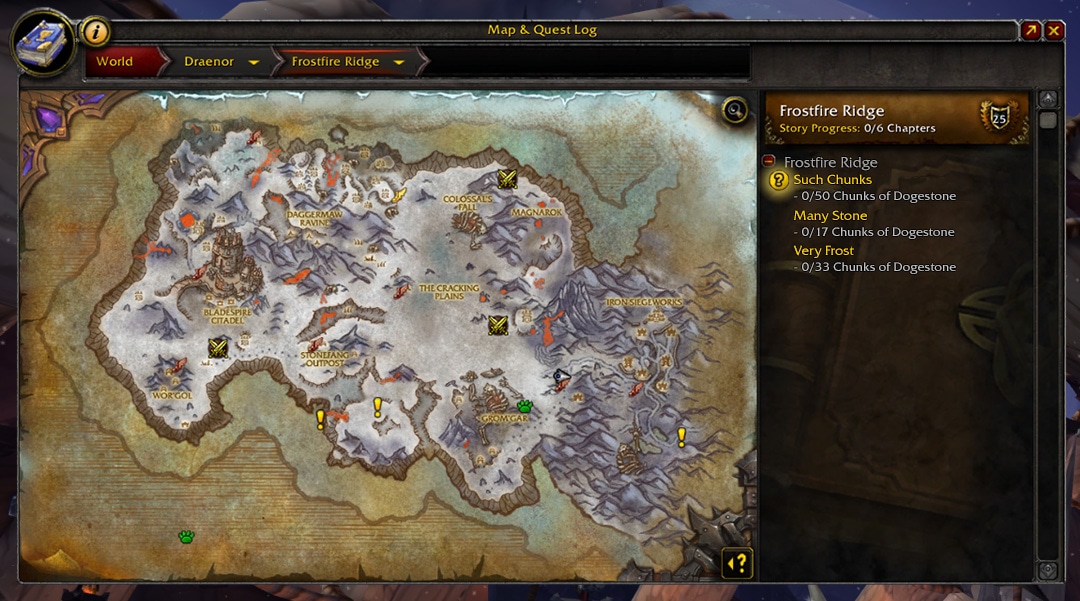 When heroes reach Revered with the Frostdoge clan, the Quartermaster will offer epic rewards such as The Stoppable Force and Slightly Worn armor set. 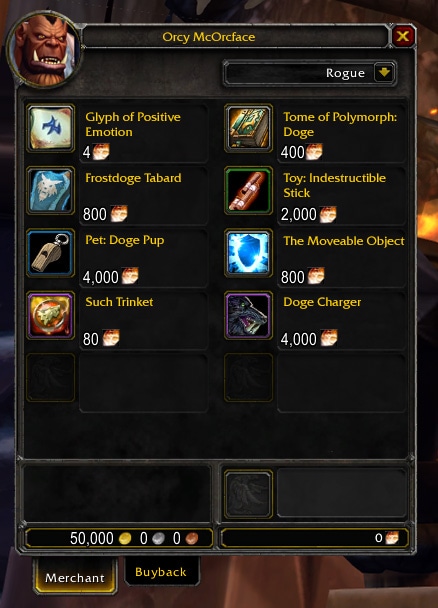 Reaching Exalted with the Frostdoge clan begins a quest chain that eventually grants a new mount: the Doge mount! WoW! You’ll be able to wow your friends as you ride (sort of) across the expanse of Draenor and beyond. Exalted reputation will also earn you the title “wow, <name>, such title” and a unique Feat of Strength!

We look forward to sharing this experience with you in the near future. Soon™