Thanks to the overwhelming generosity of World of Warcraft players around the world who purchased the Cinder Kitten pet, we’ve raised a total of more than $2.3 million USD to support the American Red Cross’s ongoing Superstorm Sandy relief efforts. In December, we announced that for every Cinder Kitten purchased by December 31, 2012, 100% of the adoption fee would be going to assist victims of this disaster -- and the community embraced this fiery feline in droves, helping out a great cause in the process. Thanks again to everyone who helped make a difference. 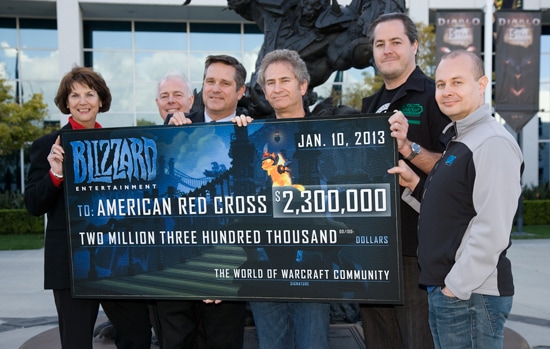