The 2015 World of Warcraft Arena World Championship is about to begin, and we’ve got more information to share on how each team will battle their way to the Grand Finals at BlizzCon 2015! 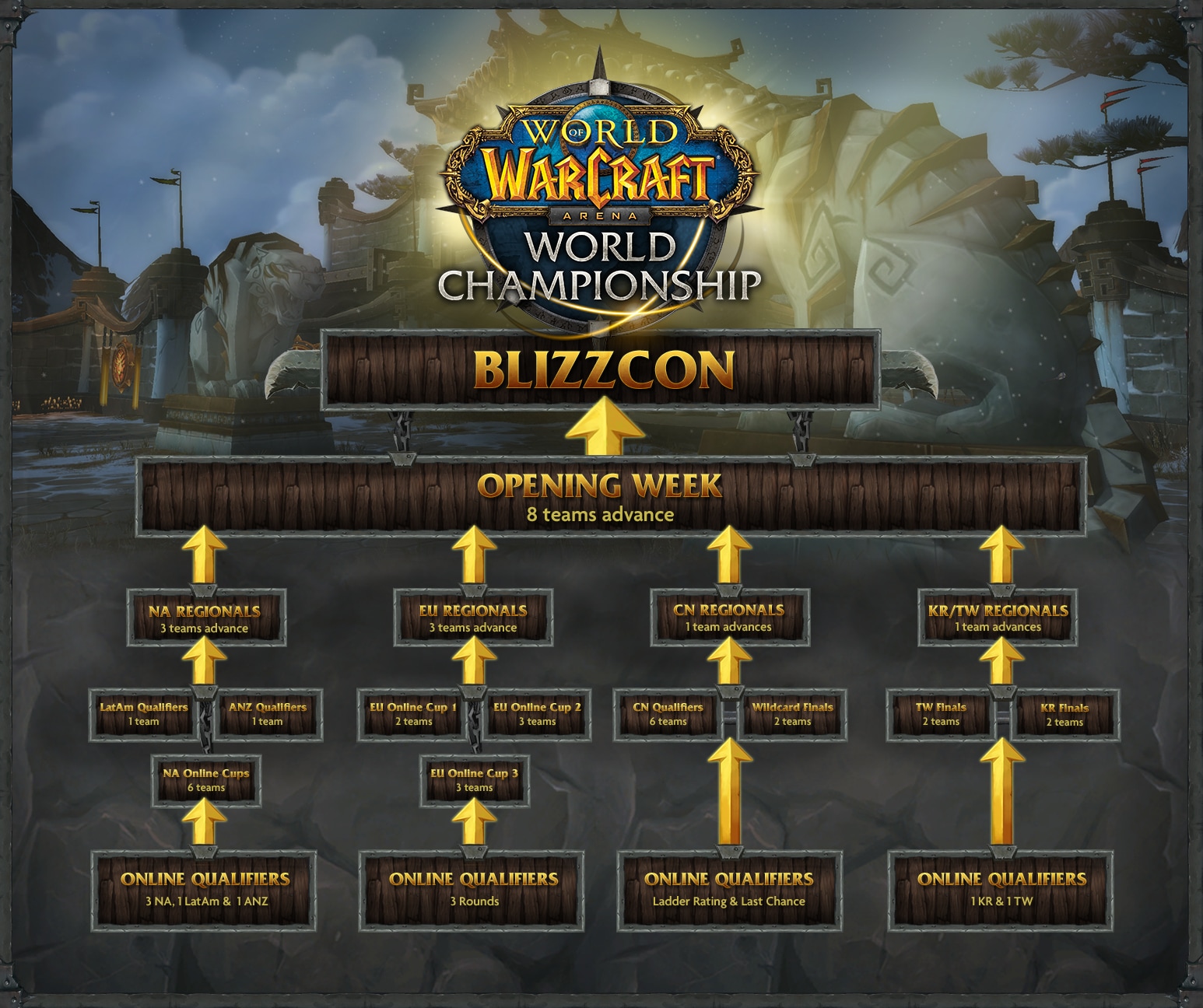 Eight of the best 3v3 Arena teams in the world – three from the Americas, three from Europe, one from China, and one from the Asia-Pacific regional championship between Korea and Taiwan – will fight their way through several rounds of online qualifiers and regional tournaments to secure their spot at Opening Week.

Opening Week’s Round of Eight clash will whittle down those regional teams to the four best, who will advance to the Grand Finals at BlizzCon 2015, where they’ll be competing to win their share of a prize pool totaling 250,000 USD.

This year, we’re also giving teams the option to expand their roster to a total of four players. As a result, each team will have a lot more flexibility in their team compositions, which lets them worry less about how their particular composition matches up against their opponents’, and focus on playing their absolute best.

Each region will be sharing more information, including how you’ll be able to watch the action yourself, in the weeks and months to come.