In our March Badness tournament, yesterday saw the final four of Deathwing, Illidan, the Lich King, and murlocs clash as you cast thousands of votes for the finalists!

Now Illidan and the Lich King are head-to-head in the thrilling championship. Who will stand victorious? You get to help decide. Hurry over to @Warcraft on Twitter and our Warcraft page on Facebook to be counted! 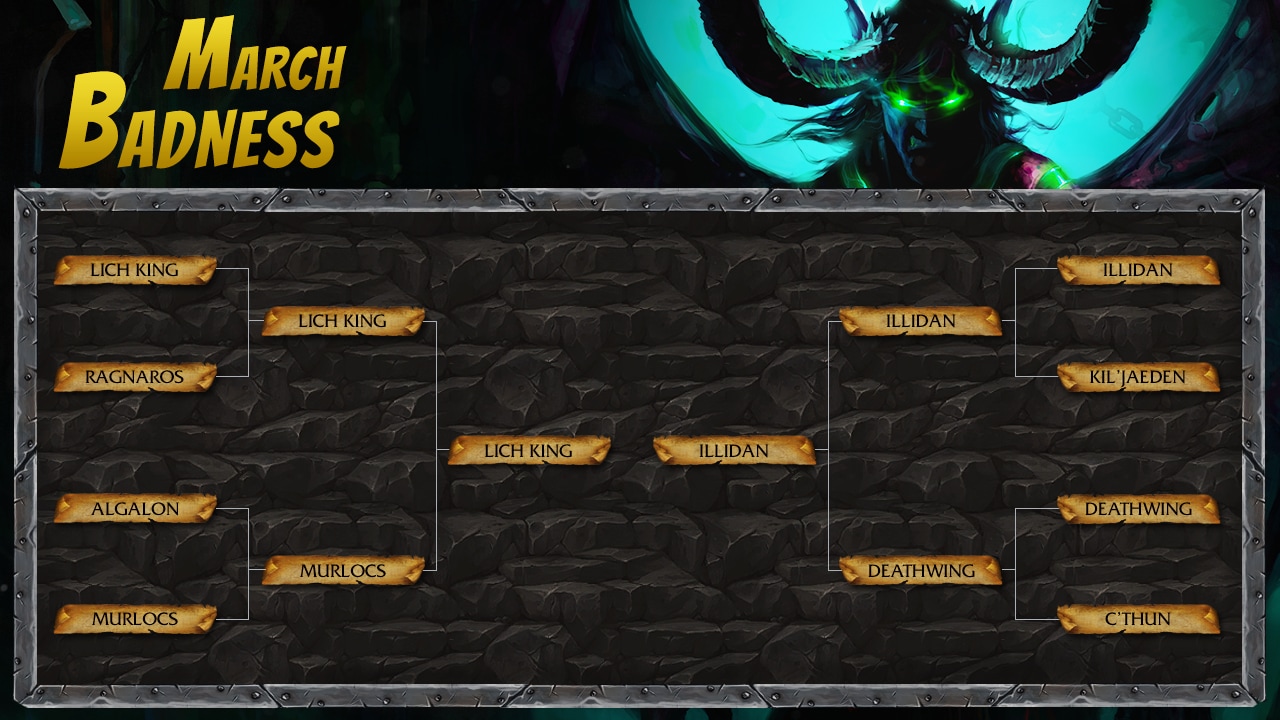 Additional disclaimer: Batteries not included. Absolute power was clearly not the most important factor here, or your favorite from the first round wouldn’t have lost like that. You were right all along, and this final match should’ve included that one guy. He totally would’ve won. Some restrictions may apply.