For this week’s Community Spotlight, we recently came across an outstanding piece of fan art, and reached out to learn more about it and the artist, Jorcerca.

Q: What would you say was the impetus for this piece?
A: Most importantly, the design of World of Warcraft. WoW is one of the most awesome, innovative and creative games in the world.

Q: How long does a work like this take you to complete?
A: I usually allow one week to make an illustration like this one. I don’t spend the whole week on it, but it actually takes a total of five to seven hours.

Q: From where do you take your inspiration?
A: I was inspired by several works, and I like to make concept art for games. I look a lot at Blizzard art for Warcraft, Diablo, and StarCraft, and I also like a lot of the art and design in other games, and particularly console games. Additionally, I have a list of several artists that I follow, and their works inspire me to create.

Q: What’s your gameplay history?
A: Warcraft… well, actually I think a little of everything. I started out playing Warcraft II, and then I played Warcraft III, and then I entered the World of Warcraft and it was love at first sight!

Q: What would you add to WoW, if you could?
A: This question is so difficult! I think I’d want add something that could go on to be a new race of characters. I think it would be very cool if they were a race of aquatic characters … but that’s all I’ve got so far on the concept! 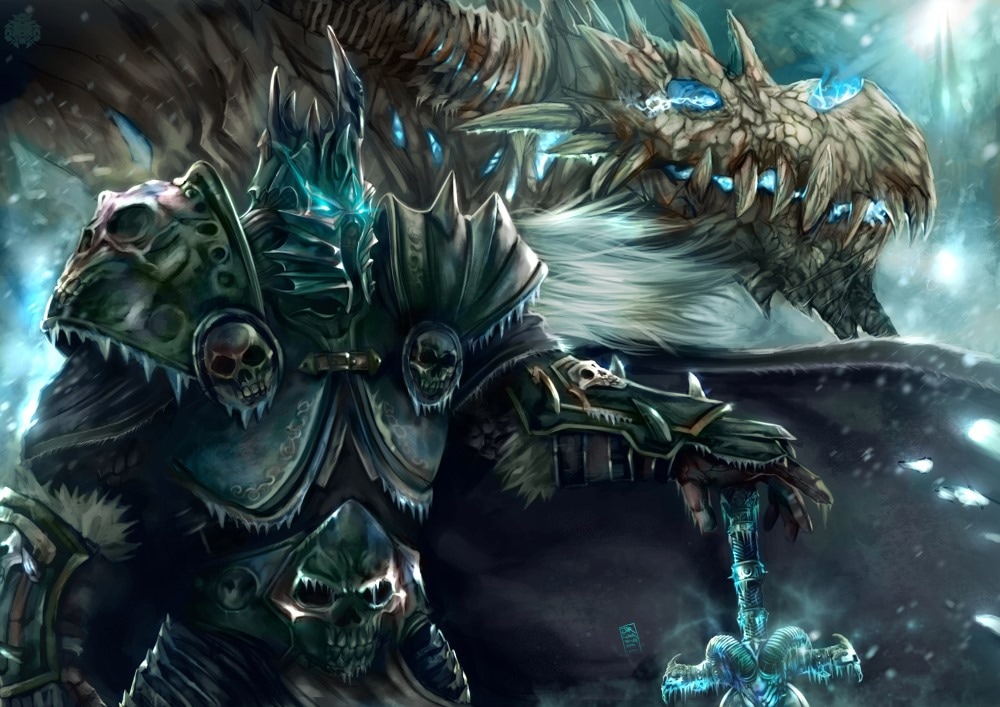 “Lich King – Empire of the Blizzard” by Jorcerca the Wolf

A big thanks to Jorcera from all of us at Blizzard for sharing his talents with us. If you’ve seen a great piece of fan art lately, e-mail us at [email protected] and tell us all about it.