Another Epic gamescom Comes to an End

The doors have closed on the world’s largest games convention, bringing five days of enthralling entertainment to an end. It was another fantastic year for Blizzard, as thousands of gamers visited our biggest ever gamescom booth to play our latest titles and participate in some awesome activities.

The event opened to the public on Thursday morning, and players quickly lined up to get some hands-on time with our games, including World of Warcraft: Warlords of Draenor and the upcoming Heroes of the Storm on PC. Players were also able to take a load off and slay swarms of demons from the comfort of a couch with Diablo III: Reaper of Souls – Ultimate Evil Edition on PS4, while card slingers were given the chance to put their skills to the test with Hearthstone: Heroes of Warcraft on PC and iPad.

When visitors to the Blizzard booth weren’t busy trying out our games, they enjoyed an avalanche of entertainment on our stage. Thursday saw huge crowds gather for a special Warlords of Draenor show, where we unveiled the cinematic trailer and announced the game’s November 13 release date.

The fun continued all week long with our Blizzard quizzes and WoW leveling contest, which gave participants the chance to win some loot. Top guild TG Gaming also showed off their abilities in Azeroth with some well-coordinated Warlords of Draenor Challenge Mode dungeon runs. The audience was further wowed by the skills on display in Heroes of the Storm and StarCraft II show matches, while The Yogscast joined us to demonstrate their talents in some hilarious Hearthstone bouts. We also saw some of the music from our games performed live by the Spark orchestra. 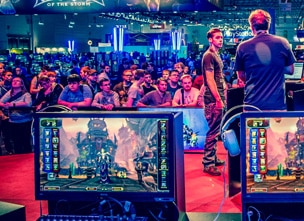 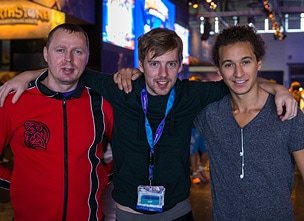 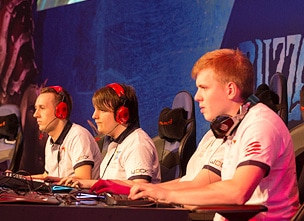 Fans had the chance to meet Blizzard developers, including artist Luke Mancini, who showcased his abilities by creating some awesome Heroes of the Storm artwork live on stage. Players at gamescom and at home were asked to tweet using the #BlizzGC2014 hashtag for the chance to win an exclusive digital print of Luke’s gamescom creation. 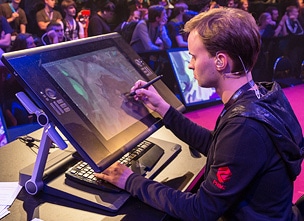 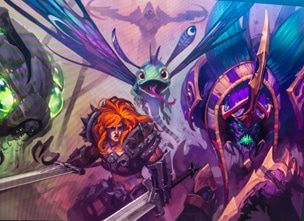 True to form, gamescom wouldn’t be complete without our legendary Blizzard Costume Contest and World of Warcraft Dance Contest. Some great prizes were at stake, including AlienWare PCs and a trip to BlizzCon 2014. We were really impressed by all the carefully crafted costumes and dynamic dance moves on display this year. Congratulations to our dance contest winner Thomas Yurek and our costume contest winner Pierre-Alexandre Geraert! 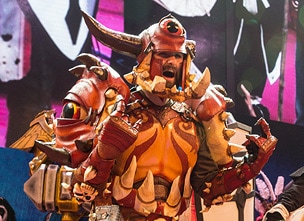 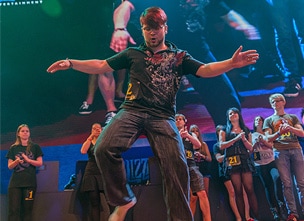 Finally, Blizzard fans had the chance to catch up on all the action in our first ever gamescom live stream. An hour-long show was broadcast direct from the Blizzard booth on Friday, Saturday, and Sunday, featuring highlights from the day, developer interviews, behind-the-scenes footage, and more. If you missed the live stream, you can watch the recordings at blizzard.com/gamescom or check the Twitter account of @LurkingLurky, a very special murloc news reporter.

Thanks to everyone who was there with us at gamescom this year. It was great to meet so many of you, and we hope we’ll see you again next time!