The New Year Arrives With a Whiz-Bang!

Happy New Year! Join the celebrations starting at 6:00 a.m. realm time, December 31, and check out the fireworks in the skies above the cities every hour on the hour. Sample the exotic brews and libations carted in from around the world of Azeroth, and /dance your way into the new year as a part of the celebration.  For those looking to avoid trouble—or get into it—you may want to steer clear of—or head toward—Booty Bay as the guards there appear to be spending more time enjoying themselves than enforcing town rules (at least into the morning hours).

New Year is Nigh!

Another year is ending in the rich world of Azeroth. Countless battles have been fought, and numerous accolades achieved. It is time to laud victories and give remembrance to the fallen. In celebration of the old year's passing and anticipation of the new, skilled brewers and talented pyrotechnicians have brought their finest creations to the bustling cities; join the party underway and ring in the new year with your fellow adventurers! 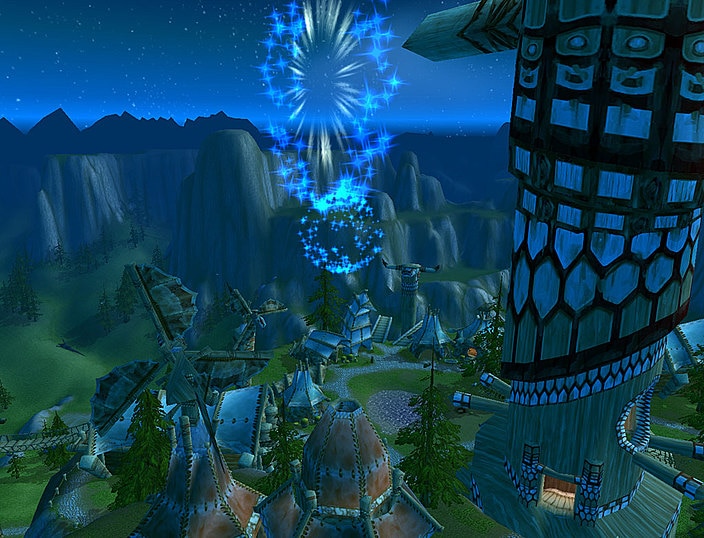 Happy New Year! The celebration will begin at 6:00 a.m. realm time on December 31 with fireworks in the skies above the cities, and repeats every hour on the hour. Feel free to sample some of the exotic brews and libations carted in from around the world, and dance ‘til the new year dawns.

If you're on a PvP realm, you're cautioned to steer clear of Booty Bay (or potentially visit with haste) as the guards there appear to have had too much fun already and aren't likely to be enforcing the town rules until morning.

Fireworks
The innovative and artistic engineers of Undermine have been slaving away. Their latest and greatest -- not to mention highly dangerous to operate -- creations will be on display in the cities of the world every hour. Keep your eyes to the skies, and be sure to stick around for the finale!

Potent Potables
What good is a party without sampling some of the brewers' delicious work? Kegs of the finest brews are available in the cities of Azeroth, bringing good cheer as we bid farewell to the old year. Cups are available for all party-goers; simply pick one up and fill up at the keg to warm your belly and lift your heart!

Revelers, All
Many soldiers formerly abroad have come home to engage in the festivities. Share in the merriment and dance with the revelers, or, if you're so inclined, blow a kiss to one that catches your eye. It's all in fun, after all; they appreciate the attention! 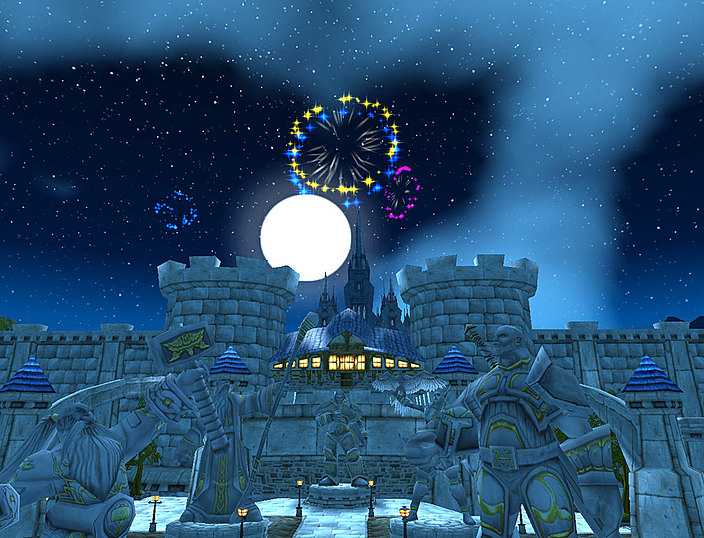 Greatfather Winter has delivered once more and you’ll find a plethora of presents under the tree in Orgrimmar for the Horde, and in Ironforge for the Alliance.  Don’t miss your opportunity to receive this year’s exclusive gift.

The first World of Warcraft: Mists of Pandaria patch of 2013 is currently in development and this is your chance to see some of the things that are in the works. This patch will include a massive new raid dungeon, a multi-faceted new quest hub, Pet Battle improvements, new world bosses, significant class balance changes, brand new pets and mounts, assorted bug fixes, and more.

Note: The Patch 5.2 PTR is not yet available, but you can feast your eyes on the latest version of the PTR patch notes below. Please keep in mind that these changes are not final, and a great deal could change before the final patch 5.2 release.

Look for the 5.2 PTR to become available in early January!

‘Tis the Season: Thanks and Praises to the WoW Community

As we’re about to take a little break for the holidays to spend time with our friends and loved ones, perhaps by the fire with ardent spirits filling our goblets, and frankincense and myrrh nipping at our noses—or really just getting in some much desired game time—we want to wish all of you a very merry journey into the new year!

In a most festive (and potentially damning) fashion, we put together this picture of the North American World of Warcraft community team for you.

If that doesn’t provide you with sufficient joy, here are some unedited individual shots of us. I can’t tell you how ill-advised it would be of me to suggest that you manipulate these images as you see fit. It would be especially inappropriate to then ask that you send your strange interpretations to us on Twitter. That seems quite absurd!

It’s truly been a pleasure for us to represent Blizzard and the World of Warcraft community to each other this past year. We’re anxious to hit the ground running in January, and we look forward to sharing in the adventure with you. Have a lovely holiday, all!

Here you'll find a list of hotfixes that address various issues related to the recently released World of Warcraft patch 5.1. Hotfixes are updates we make on our end without requiring you to download a new patch. Some of the hotfixes below went live the moment they were implemented, while others may require your realm to be restarted to go into effect. Please keep in mind that some issues cannot be addressed without a client-side patch update. We will continue to update this list in the days to come as additional hotfixes are applied.

Mega Bloks has been hard at play over the past month creating a truly epic Toymation series featuring some of the great World of Warcraft series toys. If you’ve missed out on the action, never fear, we’ve got you covered with all five episodes here.

Ragerock and his Horde party are on a flight through the bitter Kingdom of Northrend when they are ambushed by the powerful Frost Wyrm, Sindragosa. Just as they begin to regain their footing, they are confronted by an even deadlier foe: Arthas, the Lich King!

Colton and his comrades arrive at Ashenvale, with hopes to enlist the assistance of Ironoak and the Night Elves against the impending Horde threat. Their meeting is cut short when two Orcs attack with their X-53 Touring Rocket! Can Colton apprehend his foes before they get away?

An Alliance mission to sabotage Horde equipment goes awry when they are discovered, causing the Horde to accelerate their plans. Will word of the assault reach Colton before the Horde reach Stormwind Castle?

As the Horde fleet of Zeppelins descends upon Stormwind, Colton and Ragerock begin their decisive duel! However, their battle is interrupted when Deathwing arrives and launches a fiery assault against both factions. As Stormwind faces destruction under Deathwing's powerful claws, will Colton and Ragerock stand together or destroy each other?

This is the fifth and final episode of Mega Bloks World of Warcraft. Thanks for watching!

To keep up to date on all of the Mega Bloks World of Warcraft news, visit the official site.

The Thunder King is Risen

Happy Holidays from the World of Warcraft team! Here’s a small present to tide you over until the new year. 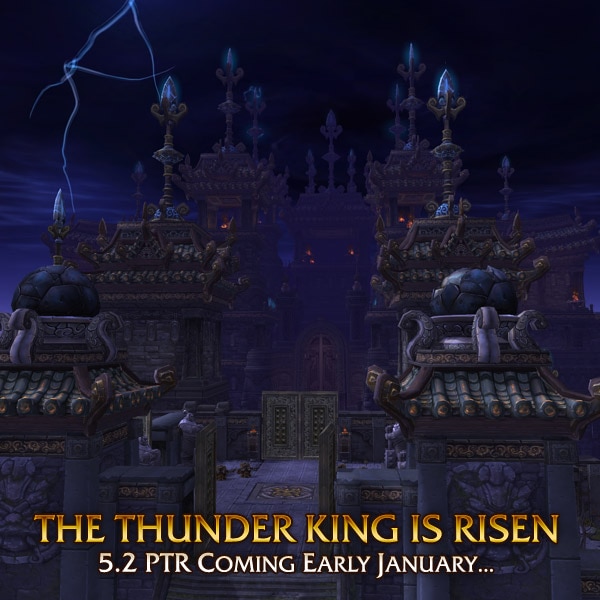